In the following letter, six Amherst College alumni tell Cullen Murphy, chair of the college board of trustees, how college President Carolyn Martin has misstated their request for action regarding Prof. Hadley Arkes and has simultaneously endorsed “the free exchange of ideas” and blocked their attempts to discuss the issue. 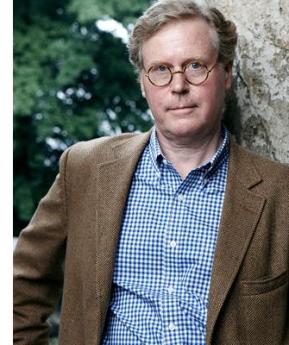 We are the six alumni who wrote to and later met with President Martin last September.  Subsequently, we sent you a petition which you shared with the other trustees, with over 100 co-signers, requesting that Amherst College dissociate itself from the homophobic pronouncements of Professor Hadley Arkes and from his intellectual dishonesty in supporting his positions.

We requested this because Professor Arkes almost unfailingly chooses to identify himself with his Amherst credentials while expressing opinions directly contravening stated college policies.  As you may know, the College has endorsed principles of academic freedom which require that professors “make every effort to indicate that they are not speaking for the institution.” The same statement of principles requires that professors “at all times be accurate … [and] exercise appropriate restraint”, both of which Professor Arkes consistently honors in the breach. By equating sexual orientation with “pedophilia, zoophilia, and necrophilia,” he attacks the validity of the fundamental category of sexual orientation, which the College employs in its explicit guarantee of protection from discrimination against lesbian, gay, bisexual, and transgender people in its official statement on non-discrimination. Can anyone truly suggest that comparing a loving, lasting marital relationship to sex with animals, underage children, or corpses is an exercise in “appropriate restraint?”  If so, exactly what would lack of restraint look like?

As you will know from the packet of materials we sent you along with the petition, our very first communication on this subject makes precisely the same request we’ve made consistently: “the Board and administration need to make it clear that Arkes is not speaking for Amherst College.” [Letter from Warren Mersereau and Tito Craige, April 6, 2013] It was followed by my own concluding remarks the next day: ‘I would think that any institution concerned about its reputation would therefore have no difficulty whatever in drawing a clear line which says that intellectual dishonesty can have no home here.” [Letter from John Greenberg, April 7, 2013]

Accordingly, we must vigorously protest several of the statements President Martin made in her presentation in Johnson Chapel on May 31 which we know to be false. [See video, from 0:49:25 through 1:01:00.]

First, her contention that our requests changed is a pure fabrication.  In speaking of the six of us, she said: “they wanted a number of things, the target moved over time. Initially, they wanted us to censure or even remove one of our faculty members because of his writings on gay marriage.”  (52:50)

None of us has ever asked for censure or removal.  When she suggested that we had made such demands during our meeting with her, one or more of us made it explicitly clear that was not the case

This is at least the second time she has misrepresented us. See “Amherst president misstates alumni petition about Arkes.” [Feb. 9, 2014] So, perhaps she may take comfort in the applause she received for her response, but the reaction would likely have been quite different if the audience knew that they were being misled.

Second, subsequent to our meeting with her, our complaint has been not just that she has not agreed with us — she has every right to disagree — but that she has effectively shut down every opportunity for dialogue, not only with you and her, but also with our fellow alumni. I transcribed her words starting at 59 minutes, because they are so startlingly different from her actions: “the most important thing we can do is something we just discussed in response to — or I just discussed in response to — the earlier question.  And that is to insure that the free exchange of ideas is protected, encouraged, promoted, enhanced ….” 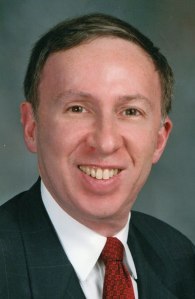 But as Rob Yamins ‘72, the questioner in Johnson Chapel, pointed out, the College has done its level best to make sure that there is no free exchange of ideas, let alone promoting or enhancing such an exchange. (Ironically, such a forum was among the suggestions we made to President Martin during and before our meeting).

Specifically, we were denied access to email lists and listservs, to the letters-to-the-editor section of the alumni magazine [See “How Amherst College blocks dissenters,” March 17, 2014], to email blasts from class presidents or effectively to ANY other means of letting other alumni join our conversation.  I was also told that any generalized attempt to contact alumni by using the alumni directory would contravene the College’s rules for its use. President Martin’s blog, which you told me “speaks for the College,” allowed no comments, and hence neither its mischaracterizations of our positions nor its contradictions concerning principles of free speech and academic freedom (which we have repeatedly endorsed) could reach a public beyond you and her (and received no response from either). Hence, while we managed to contact a few members of classes other than our own, the College’s policy has actually ensured that there is NO exchange of ideas.

Finally, we were shocked to hear President Martin’s reference to “interaction after interaction after interaction.”  Several of us wrote her letters, to most of which she either did not respond or responded with the same bland general statements which did not address our concerns as her blog and her recitation in the Chapel.  Our idea of an “interaction” is an actual discussion in which ideas are articulated and then responded to.  Some of this happened at our meeting; virtually none in any of our correspondence and certainly none of it since.

As we have stated repeatedly, the principles of free speech guarantee that Prof. Arkes may state and publish what he wishes, but the College, particularly given its official policy of non-discrimination, has a profound responsibility to make it clear to the Amherst community and to the public at large that it does not accept his attempt to invalidate the term sexual orientation, because it is fundamental to the institution’s protection of lesbian, gay, bisexual, and transgender people.  We are deeply shocked and insulted that someone in a position of academic administrative responsibility would publicly misrepresent the statements and questions of alumni as President Martin has chosen to do in this case.  Her lie requires public correction and apology.

P.S. We would appreciate your circulating this letter to the other members of the Board of Trustees.